Amazon recently announced that Bottlerocket, their Linux based-OS designed for running containers on virtual machines and bare metal, is open for preview by the public.

Bottlerocket was designed with specific tenets in mind:

You may download Bottlerocket now for free at Github, along with build tools and added information, as well as an update operator for Kubernetes. 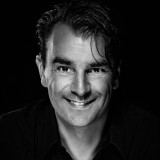