In our modern era, speed, agility, and quicker turnaround time can make or break a software company. To help these software enterprises create, adapt, and innovate faster, AWS has introduced AWS CodePipeline. CodePipeline automates the process of moving code from development to testing to production, thereby letting you release software changes more frequently.

As a simple example, in a pipeline, you may have CodePipeline automatically detect changes to code in development. It will create a build incorporating the changes. If you have premade tests for the code, CodePipeline will run them for you. Once tests are run successfully, an approver can manually give the go-ahead to proceed with deploying the code to production EC2 instances using CodeDeploy, AWS Elastic Beanstalk, or AWS OpsWork Stacks. You may customize your own pipelines for future use.

Details for pricing for AWS CodePipeline can be found here. Let us know if you wish to implement a service like AWS CodePipeline. We can help you get started in this great service. 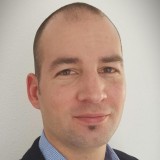 Marc is a senior consultant and co-founder at copebit. He has been working in IT for more than 22 years in various positions. He is a certified AWS Solution Architect (Associate) and has a holistic AWS knowledge.